Even lego society goes back to an original covenant, but we are not told what the lego commandments say … From time to time, I will do a search for other blog posts about the Ten Commandments.  Invariably, the results will include posts from a non-religious perspective challenging the efficacy of the Ten Commandments.  I enjoy perusing a couple of these posts in an effort to understand some of the difficulties others have with these commands.  Growing up in church, it is easy to forget some of the issues people wrestle with when giving the Bible a cursory reading.  One reoccurring argument goes something like this:

And while it may be easy to dismiss such objections as nitpicking, there is an interesting issue behind that line of questioning: Why are there different lists of what we would characterize as the Ten Commandments?

Some people of faith may even be surprised to learn that there are no less than three separate lists of what appear to be the Ten Commandments with some variations between them. It is an issue that I only briefly mention in my book, Ten Essential Words.  So what are these lists and why do they differ?

Let’s first look at each list.  The first comes from Exodus 20, the text most often associated with the Ten Commandments:

The next list is found in Exodus 34.  Moses, we are told in an act of ager, smashes the first list and then returns to the mountain of God, where Yahweh again gives Moses the words of the covenant – the Ten Commandments.  The list is less obvious, but reads something like this:

There are some similarities between the two lists, but also some obvious differences.  Finally, in Deuteronomy 5, Moses again reminds the people of the terms of the covenant with Yahweh, reviewing the Ten Commandments:

So what are we to make of these three lists of commands?  Is this evidence, as some would assert, that the Bible is unreliable and cannot agree on even the basic commands from God?

First let’s acknowledge that the list between Deuteronomy 5 and Exodus 20 are virtually identical and the minor variations can easily be explained.  The book of Deuteronomy is a record of a speech Moses gave some 40 years after the events of Exodus 20.  And the account of the exodus wanderings make it clear that Moses is addressing an entirely different group of people in his Deuteronomy address from the group that originally left Egypt.  Thus while the Commandments are the same, some of the explanations were no doubt tailored to a different group of people.  (For example, in Exodus 20, the basis of remembering the Sabbath was creation, while in Deuteronomy, the basis is “Remember that you were slaves in Egypt.”)  There is no real disagreement between these two lists.

But what about Exodus 34?  The answer can be found when the wording of Exodus 34 is carefully examined.  The chapter begins with these words,

Yahweh said to Moses, “Chisel out two stone tablets like the first ones, and I will write on them the words that were on the first tablets, which you broke.”

It is clear that Yahweh is the one who did the writing on these initial tablets and tradition holds that these commands were written by God.  This section is followed by the above list in Exodus 34, then concludes with these words,

Then Yahweh said to Moses, “Write down these words, for in accordance with these words I have made a covenant with you and with Israel.”  Moses was there with Yahweh forty days and forty nights without eating bread or drinking water. And he wrote on the tablets the words of the covenant—the Ten Commandments.

So who wrote what down?  If we are to take the words of Exodus 34 at face value, then here is what took place:

So while the words of Exodus 34 appear to be another version of the Ten Commandments, they are in fact a different list of some other commands and explanations received from God.  This is what the text indicates.  Some have speculated that what is recorded in Exodus 34 may be a set of ritual commandments, meant to mirror the Ten Commandments.  This may well be the case also.

This is an interesting question and can be confusing, especially if we are unwilling to let the text speak for itself.  And we should always remember that there is bound to be some degree of difficulty in understanding some of the details of a document written 3,000 years ago.

Mark Wilson is a scholar who has lived in Turkey since 2004.  His aim is to promote the study of Judaism and Early Christianity within Asia Minor.  In his book, Biblical Turkey: A Guide to the Jewish and Christian Sites of Asia Minor, Wilson does a great job of compiling a comprehensive list of all the sites pertaining to Judaism, Old and New Testament sites, and extra-Biblical writings from early Christianity that have their setting in Asia Minor/modern-day Turkey.  Along with site guides, there are many in-site features that help shed light on New Testament writings from an understanding of the land and the culture.

Having just taken my own cultural insight trip to Turkey, I won’t rehash all that I have written about the trip.  But you can go to the index page for a full listing of my posts from Greece and Turkey.

However, one thing that was driven home from reading Biblical Turkey – even after having traveled to a number of the sites – is just how much of the New Testament was influenced by this land.  In his introduction, Wilson writes,

As we look at the Bible, there are a number of references to Anatolian regions and cities in the Old Testament and Apocrypha, and two-thirds of the twenty-seven books in the New Testament were either written to of from Asia Minor.

What follows is a list of New Testament books and how they were influenced by the region of Asia Minor/Turkey.

While Israel is known as the Holy Land, Wilson is correct in noting “it is not an exaggeration to call Turkey the Holy Land of Asia Minor.”

This is part 2 of the Seventh Commandment, which reads, “You shall not commit adultery.”  There is much more on each of these commandments in the book Ten Essential Words.

Adultery, along with all other sexual sins, begins in the heart and the mind.  The message of Jesus was not so much the avoidance of adultery as it was protection against lust.  When we are protecting our hearts from lust, the line of adultery is far from us.  So how can we practically go about protecting our hearts and minds?  While recognizing that it is an entire lifestyle Jesus is calling us to live, there is some practical advice Scripture gives us as a starting point.  This advice comes, fittingly enough, from a father to a son, as the son would soon be navigating the world and all its allures on his own.  The father begins:

My son, pay attention to what I say; turn your ear to my words.  Do not let them out of your sight, keep them within your heart; for they are life to those who find them and health to one’s whole body.  (Proverbs 4:20-22)

Notice this is not a lecture on what sins to avoid – what lines not to cross, but rather wisdom that is to be kept in the heart, and will bring life and health to the entire body – a way of life.  This way of life is referred to repeatedly as wisdom, or the path of righteousness.  As the father continues, he begins to unfold this path for his son.

Above all else, guard your heart, for everything you do flows from it.  (Proverbs 4:23)

First, and foremost, be about protecting your heart!  We spoke of the heart previously, but to reiterate, when we are talking about the heart we are encountering the very center of who a person is.  The heart encompasses the will, the mind, the emotions, the soul, and the spirit, indeed, the very core of the person.  For this reason, Jesus spoke often of the importance of protecting our hearts and minds.  You may be familiar with the phrase, “Garbage in, garbage out.”  So it is with our hearts and minds. What we allow to enter our hearts will eventually surface in our words and our actions.

In our day and age, this may seem like attempting to stand firm against a tidal wave of sound-bites and images that inundates us on a daily basis.  From the internet to television to movies, no place seems free from imagery that damages the heart.  Aside from living in a cave, how do we navigate these messages that bombard us?  I recently ran across an old Buddhist story that I believe can speak to us today:

There were two monks crossing a river when they were accosted by a lady looking for help in crossing the swift flowing stream. The older monk readily carried the woman across the river, put her down, and went about his business. The younger monk, steeped in the tradition and mindful of the Buddhist code of ethics that there shall be no touching between a male and a female, was aghast at the perpetration of the older monk and could not resist confronting the older monk at the next stop on the latter’s impropriety. The older monk’s response? “Yes, I did carry the woman across the river, and have since put her down upon reaching the other side. But it seems you are still carrying her all this while.”

As we sift through the images of our day, we would do well to realize that we may not have a choice about what enters the mind, but we do have a choice about what stays in the mind.  At times, we encounter images and temptations and simply set them down.  Other times, like the younger monk, we can find ourselves carrying them around for a while.  In most cases there is a moment of conscious choice – an act of volition – when we decide whether to let a thought or an image simply pass through our mind or whether we will keep it there and carry it around with us.  If we are protecting our hearts, we will be conscientious about what we allow to make its home in our heart and mind. 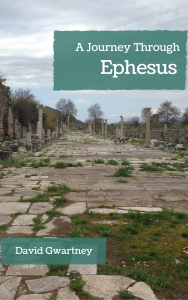 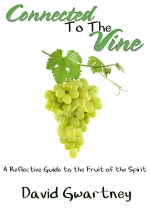